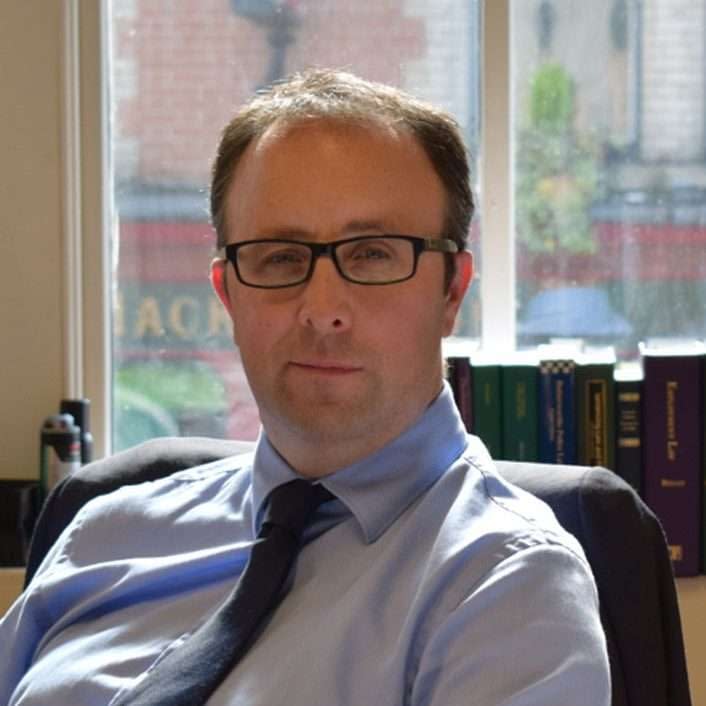 Peter Connolly is the founding principal solicitor of the firm. He has worked in the law on a full time basis since 1996. He qualified as a solicitor in 1999 and spent his first four years in practice as a prosecuting solicitor with the Director of Public Prosecutions. As such he has a good insight into the complete working of the criminal justice system from both a prosecution and defence point of view.

He has many years experience in “hands on” litigation having secured large amounts for compensation for accident victims. His largest Plaintiff award secured to date being €2.3 million plus costs . His largest claim defended was a claim (in several jurisdictions) for €23 million in assets which settled for under €10 million. He has defended claims before the court and has also prosecuted and defended cases for clients before the Work Place Relations Commission, the Labour Court, Mental Health Tribunals, the Financial Services Ombudsman and Professional Regulatory bodies for accountants. He has appeared at Tribunals of Inquiry for clients in Ireland.

He has acted for some prominent sports persons and people in the Irish media his work has been frequently reported in the Irish media. He the nominated sole Criminal Law advisor to one of Ireland’s biggest local government authorities. He is vastly experienced in defending jury trials in criminal law in Ireland whether on a private or legal aid basis.

He has experience in criminal revenue matters.

His areas of expertise are in general crime (murder ,rape and sexual assault, child pornography, drugs offences, assault, property offices) and white collar (business crime) particularly in the investigation stage where he is extremely experienced at dealing with investigators and the Gardai. He frequently attends at Garda stations for clients.

His guarantee to his clients’ is provide timely and cost effective advice at all stages of the process whether the case is for a private individual or for a company.

He has good commercial litigation experience particularly in shareholder disputes. He is currently defending a EU telecommunications service provider in multiple criminal proceedings in Ireland. He is also acting for former Garda Whistleblower John Wilson in High Court proceedings currently before the High Court.

Please do not hesitate to contact Peter directly in strictest confidence if you have any queries regarding any legal matter at info@peterconnolly.ie